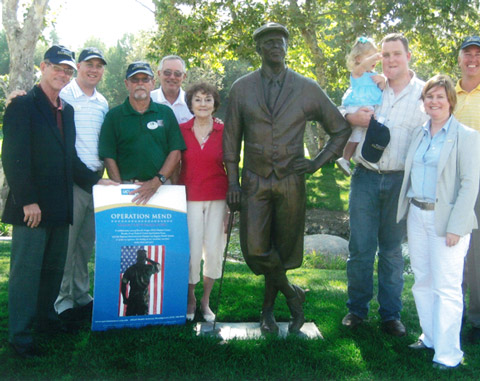 A primary focus of the American Golf Foundation is to initiate golf-related fundraising activities in support of various charitable causes. Since receiving its 501(c) (3) status in 2001, AGF has recorded an annual average of $300,000 in donations to various charitable organizations. In 2011, AGF achieved a milestone by hitting the half-million mark in donations in one single year. It has surpassed that mark almost every year since then.

Much of this is accomplished each year through AGF Ambassadors, who volunteer their time conducting charity golf tournaments and various on-course fundraising activities. Particularly inspiring is when an AGF Ambassador team reaches out to connect with a grass roots charity in their own backyard. Many courses and clubs also are encouraged to participate in collaborative nationwide fundraising initiatives to benefit one of AGF’s national partners – The First Tee (www.thefirsttee.org) in support of junior golfers, Folds of Honor Foundation (www.foldsofhonor.org) which helps military families, or the Jordan & Kyra Memorial Foundation (www.jordanandkyra.org) which benefits pediatric cancer research and family care. 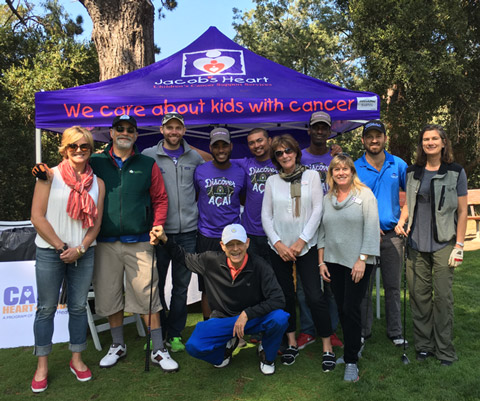 We also step in to assist national disaster/crisis relief efforts. Our efforts have included fundraising for the relief and recovery after major hurricanes such as Katrina, Sandy, Harvey and Irma; the Columbine High School tragedy; wildfires in Northern and Southern California; the Indonesia Tsunami; the terrorist attacks of September 11; the earthquake victims of Haiti; and Japan’s earthquake and tsunami victims.